Curtain up! The Theatre and Performance Collections at the V&A 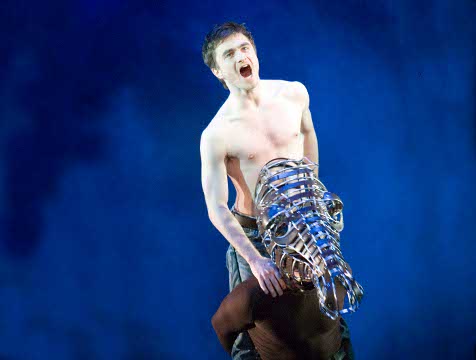 The V&A Department of Theatre and Performance is home to a vast quantity of unique and irreplaceable collections documenting the history and practice of theatre of live performance in the UK from the seventeenth century to the present day. The collection covers all aspects of live stage performance from drama, dance and opera through to pantomime, circus, and rock and pop, and contains everything from archives and manuscripts, paintings, prints and photographs to costumes, props and architectural fragments. It is the largest performing arts collection in the world and owes its existence to a series of theatre and dance enthusiasts and collectors who wanted a home for their collections and recognition for performance as a vital part of culture.

The story begins in 1911 when  Gabrielle Enthoven, a playwright and collector of theatrical memorabilia, began a campaign to establish a ‘national museum of theatre arts’ to which she would donate her collection of playbills, cuttings and other ephemera documenting the history of the London stage. She was refused by the V&A and the British Museum, but undeterred, continued to collect, and approached the V&A for a second time after it hosted the 1922 International Theatre Exhibition: Designs and Models for the Modern Stage. The exhibition stimulated the V&A’s interest in theatre design and Enthoven and her collection joined the museum in 1924. She continued to work with the collection and fund staff and acquisitions until her death in 1950 by which time the Enthoven Collection (as it was known) was an established part of the museum and an inspiration to other theatrephiles.

In 1957, another pressure group formed, the British Theatre Museum Association (BTMA), led by Laurence Irving (grandson of Sir Henry Irving) and actor Donald Sinden, to collect material for the formation of a national museum of performance (including Irving’s archive and that of the newly formed English Stage Company at the Royal Court).  By 1963 the BTMA had its own display space in Leighton House, South Kensington and the British Theatre Museum opened its doors to the public 3 times a week (staffed largely by volunteers). In 1967, dance critic Sir Richard Buckle and others began buying Ballets Russes material then on sale at Sotheby’s, also with a national museum of performance in mind. In 1970 Buckle formed the Friends of the Museum of the Performing Arts (FMPA) and began to pressure the government in tandem with the BTMA to establish a permanent home for their collections. In 1974, the government agreed to the foundation of the Theatre Museum as a separate department of the V&A, consisting of the Enthoven, BTMA and FMPA material.  The precedent established by the BTMA and FMPA gifts allowed the department a wider collection remit (taking in costume, and other 3D material, and eventually rock and pop).  The Theatre Museum was born in 1974 but it did not find a home until 1987, when it opened to the public in Covent Garden. In need of better exhibition spaces, the decision was eventually taken to re-integrate the entire collection and staff into the V&A as a department. Since 2009 we have had our own permanent galleries at the V&A Museum in South Kensington where visitors can sample the extent of the collection.

Researchers wishing to access the archive and library materials do so by appointment at the V&A’s Blythe House near Kensington Olympia. Based on the principles established by Enthoven more than 100 years ago, the department still collects programmes and reviews in production files; building files, containing press cuttings and images of theatres; and biographical files, containing press cuttings and photographs of individuals linked to theatre and performance. These are heavily used by researchers alongside the 400 archive collections which include company archives such as the English Stage Company (THM/273), which is more commonly known as the Royal Court Theatre, the D’Oyly Carte Collection (THM/73), and Contemporary Dance Trust (THM/22). These typically contain administrative and financial records, production records including show reports on individual performances, prompt scripts, and production photographs.

The V&A also holds the archive of some very important actors and actresses, including a collection of letters to and from Ellen Terry (THM/384), the leading Shakespearean actress of the late nineteenth century. This collection contains a vast quantity of correspondence, including letters written by Terry to her daughter, costume designer Edith Craig; and letters written from her stage co-star Henry Irving. The archive also contains a notebook of Terry’s thoughts on Irving. Other notable collections are the archive of Sir Michael Redgrave (THM/31), which also encompasses other members of the Redgrave acting dynasty; the George Speaight Punch and Judy Archive (THM/375) or the Hippisley Coxe collection covering circus and fairground entertainment.

Last but not least, one of the most outstanding collections is the National Video Archive of Performance (NVAP), which launched in 1992. The technological developments of the late 1980s made it possible to develop a regular recording schedule of significant theatre productions put on show across the UK. Following a landmark agreement with the Federation of Entertainment Unions, the V&A began selectively recording live theatre and these recordings are now one of the most heavily used collections in the department. Users range from researchers, actors preparing for auditions and stage designers reviewing past interpretations to persons, who may have not had the opportunity to attend a production during its run. The recordings are available for viewing in the V&A’s Reading Room at Blythe House, near Kensington Olympia.

All archive, library and core collections of the V&A Department of Theatre and Performance are housed at the V&A’s Blythe House Collections store in Kensington Olympia and can be consulted by appointment in the onsite reading room. For all enquiries or to make an appointment, please contact tmenquiries@vam.ac.uk.

This feature was written by Carys Lewis and Ramona Riedzewski of the V&A Department of Theatre and Performance.

Some V&A publications and collections that you can find on Copac.