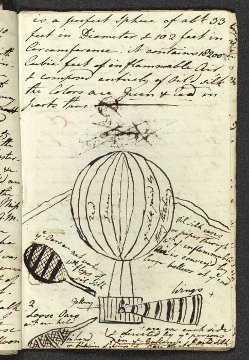 The papers of Mary Hamilton (1756-1816), courtier, diarist and bluestocking, offer a veritable cornucopia of information on royal, aristocratic, artistic and literary circles during the late eighteenth and early nineteenth centuries.

From 1777 until 1782 Mary Hamilton was a governess to the daughters of George III. She was a popular figure at court and the young princesses nicknamed her 'Hammy'. Less welcome was the young Prince of Wales’s infatuation with her. Hamilton's position at Court was tiring and restrictive and she resented the politics and petty intrigues. When the Queen eventually agreed to release her, Hamilton became an independent woman, living in London as a member of the 'bluestocking', or ‘bas bleu’, circle. Her diaries cover the period after her leaving Court up to her marriage to John Dickenson of Manchester in 1785 and they are full of detailed entries of her day-to-day life and social engagements. She often attended bas bleu parties and wrote of the conversations and evenings spent with such public figures as Horace Walpole, Elizabeth Carter, Hannah More and Samuel Johnson. Hamilton dedicated much of her time in London in the company of friends such as Mary Delany, Hannah More and Eva Maria Garrick and attending the theatre, lectures, concerts and exhibitions and her following her own literary pursuits.

The Mary Hamilton Papers constitute a significant resource for the study of the intellectual and social elites and for the study of Court life in Britain during the latter part of the eighteenth and early part of the nineteenth centuries. They comprise 2,500 items of correspondence, sixteen diaries and six manuscript volumes. The correspondence includes letters from Queen Charlotte, the Princess Royal and other members of the Royal family, from Hamilton's relatives such as Sir William Hamilton, Lord Cathcart, Lady Mansfield and Lady Frances Harpur, from her friends Lord Napier and Lady Dartrey, and from prominent members of the bas bleu circle such as Elizabeth Montagu, Frances Burney, Frances Evelyn Boscawen, Elizabeth Vesey and Mary Delany, as well as from Court figures such as the Duchess of Portland, Lady Charlotte Finch and Charlotte Gunning. The correspondence is full of details on a wide range of subjects which includes the gossip of the day, the Royal family including the illness and recovery of George III. They discuss family news, Court life, marriage, fashion, literature, women's education, politics, servants, war, art and music.

The diaries crackle with the highly charged atmosphere of the literary circles in which Hamilton moved. They not only record Hamilton's daily life but detail her friends, family and acquaintances, many of whom were prominent figures of the day. She writes of the dinners, meetings, engagements and conversations with members of the bas bleu. The diaries are full of references to the politics and society of the day; the fashions, literature, philosophy and social events of the period. The six manuscript volumes consists of various anthologies of letters, poetry, letters, sermons and prose written in Hamilton's own hand and in other hands.

Although Hamilton herself was not a prominent figure in the eighteenth century world, she was associated with many members of the social and intellectual elites of the period. The archive provides abundant scope for research in a variety of areas and it offers valuable insights into the life of a peripheral member of the bas bleu and of a socially 'elite' woman of the late eighteenth century.
The archive remained in family ownership until 2006, when it was sold at Sotheby’s to an American institution. The Department for Culture, Media and Sport imposed a temporary export stop, which enabled the John Rylands University Library to raise sufficient funds to match the purchase price. Financial support was received from the MLA/V&A Purchase Grant Fund, the Pilgrim Trust, the Friends of the National Libraries, the Society of Dilettanti Charitable Trust, the National Heritage Memorial Fund, and the Friends of the John Rylands.

In 2009 the JRUL successful applied to the National Cataloguing Grants Scheme for Archives for funding to catalogue the archive in detail. Dr Lisa Crawley was employed in 2010-11 to carry out the work, and the catalogue has recently been uploaded onto the Archives Hub. The project culminated in a major academic conference at the historic John Rylands Library in January 2011: ‘Writ from the Heart’: Women’s Life Writing in the Long Eighteenth Century with keynote speaker Claire Harman. The majority of the conference papers are due to be published in a special issue of the Bulletin of the John Rylands University Library in 2012. In the meantime the archive is receiving a lot of interest from researchers, justifying the investment we have put into it.