Magic and Illusion from the National Fairground Archive 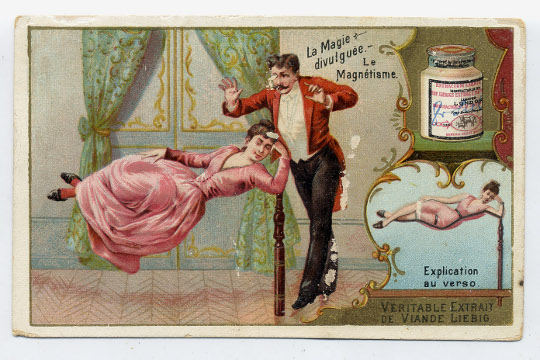 The National Fairground Archive (NFA) hold a large number of items within their collections relating to magic and illusion. There are posters, handbills, programmes, photographs journals and books which range from the 1800s to the present day showing how the presentation of magic and illusion has changed over the years.

The NFA has examples of female magicians, illusions of the day, large posters of internationals magicians and as magic and illusion became more popular, the World’s Fair also ran a column called 'Magicana' by Edward Graves within the weekly magic pages.

Magic as a performance genre can be traced back hundreds of years, but it was within the entertainment environment of the nineteenth century that it developed and flourished. By the end of the Victorian era it had developed a language and spectacle of its own either residing within an act on a music hall, variety bill or presented in a stand-alone show in venues such as the Egyptian Hall or the Royal Polytechnic. Its influence both stylistically and in presentation mode can be seen with the arrival of the cinematograph in 1895.

Within the archive, there are many examples of the shows which at times were targeted towards refined society rather than the crowds of variety and music hall. Professor John Henry Pepper conjured up his famous Ghost in 1862 for an audience at the Royal Polytechnic (Regent Street, London) - then described as the "greatest scientific Exploratorium of the Victorian Era". The presentation drew upon the methods of the magic lantern phantasmagoria (literally - a gathering of ghosts) popular from the 1790s. These magic lantern shows had become widespread on the fairgrounds.

Fairground showmen were quick to pick up on the Pepper's Ghost illusion, and the Fairground Ghost Show emerged around 1873, with Randall Williams exhibiting at the Agricultural Hall. By the late 1880s the Ghost Show was a popular theme on the fairground, and flourished for over 20 years. Magic and illusion were a staple part of the sideshow. Acts such as the Headless Lady and the Girl in the Goldfish Bowl all relied on the principles of Pepper’s Ghost. Still popular today, the NFA has presented these shows with John Marshall’s sideshow illusions at Showzam in Blackpool and also at Norfolk Fair in Sheffield.

Performers such as Pepper were masters of science and maths and created illusions using scientific techniques new to the crowds of the day. New theatres with machinery, lighting and space for trap doors helped with the stages of the illusions.

The Cyril Critchlow Collection was donated to the Archive in 2009 and since then work has been undertaken on conservation and cataloguing of the collection. Cyril Critchlow owned the legendary Museum of Entertainment on Coronation Street, Blackpool and wrote many books on the history of Blackpool and its entertainment. The material relating to Blackpool was acquired by Blackpool Local Studies library and the non-Blackpool and magic material was donated by his family to the NFA. Programmes, handbills and posters recall magicians from a time where mystery and the exotic was part of the pull and include examples of variety entertainers who developed a comedy act to go with their tricks. A large number of books form part of the collection and are in the process of being cleaned. There are a number of files containing details of how to perform many of the popular tricks audiences are familiar with such as the rabbit in a box.

Another collection donated by the family of a former magician is the Hamilton Kaye Collection, a local Sheffield magician. The collection contains a digitised copy of his gag book, photographs, posters and other ephemera relating to his career. Hamilton Kaye performed around Sheffield, writing, producing and performing plays. He began by performing to family and friends and was a member of the ‘Steel city Stars’ during the 2nd World War.

To highlight the collections, the NFA will hold an open day in September. The day will highlight the magic collections within the NFA and bring the art of magic alive with the help of local magicians.

by Professor Vanessa Toulmin and Jane Donaldson from the National Fairground Archive, University of Sheffield.

Other Archives Hub Collections on Magic

All items can be found on Copac and at the National Fairground Archive.