Contact strip from If…. (1968) Photographs are copyright © University of Stirling Archives

“No film can be too personal…
Perfection is not an aim.
An attitude means a style.
A style means an attitude.”

‘The Cinema Authorship of Lindsay Anderson’ is a three-year research project, funded by the Arts and Humanities Research Council, which will re-evaluate Lindsay Anderson's work and the established public and critical perception of the director. The principal aim is to investigate Anderson's claim to the status of authorship. This will be achieved primarily through the investigation of his private thoughts and his public statements about his work contained in the Lindsay Anderson Archive at the University of Stirling.

In order to allow full access to the Lindsay Anderson Archive the first step in the research project is the item level cataloguing of the correspondence and diaries. Over 10,300 items have now been catalogued using the CALM for Archives database and this will be available online for public access by September 2010.  The cataloguing and indexing of these records will enable researchers to study Anderson's private opinions through the correspondence and diaries and his public statements in articles, reviews he wrote, letters to the press and interviews. 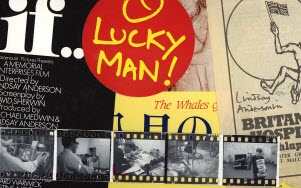 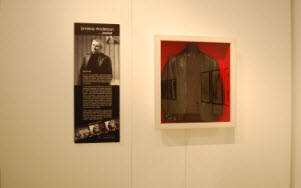 The Archive is over 200 linear metres in size, comprising of over 150 archive boxes, over 2000 of Anderson’s books and over 700 video cassettes.  It contains a wealth of material including: Lindsay Anderson’s correspondence with friends, fans and critics; diaries; photographs from his films and theatre productions, both promotional stills and behind the scenes photographs; production notes for film and theatre; promotional material; scripts; office files including business correspondence and invitations to film festivals; press cuttings regarding his film, theatre and critical work; awards; and personal memorabilia.  There are also some slightly more unusual items in the collection for example, one of Anderson’s trademark leather jackets which is now in a display case and makes a great addition to our Lindsay Anderson touring exhibition.  The Collection also contains thousands of Anderson’s books – many of which contain his own annotations along with many dedications from the authors or subjects of the books.

The Lindsay Anderson Archive is part of the film-related collections held at Stirling University which also include the John Grierson Archive and the Norman McLaren Archive. 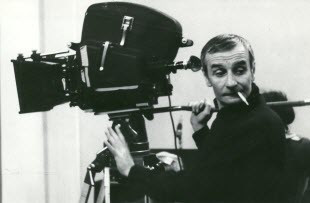 University of Stirling collections on the Archives Hub

Links are provided to records on Copac for these items. Copac is a merged online catalogues of many major University, Specialist, and National Libraries in the UK and Ireland, including the British Library. For more information about accessing items see the FAQs on the Copac website.

The DVD box set ‘Free cinema’ produced by Christopher Dupin features a number of Lindsay Anderson’s documentaries along with the original manifestoes, interviews with Free Cinema film makers, an illustrated booklet on Free Cinema and notes on all the films. Records on Copac 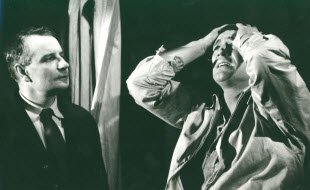 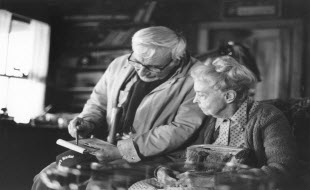