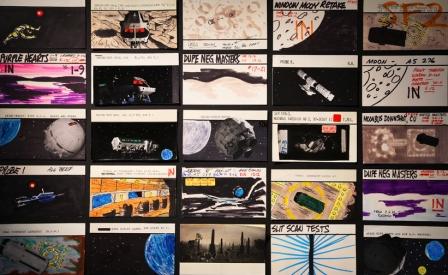 One of the many Sasco cards (filing cards assembled into a chart) from 2001: A Space Odyssey.

Photograph courtesy of the Stanley Kubrick Archive at University of the Arts London. Contact: archive-enquiries@arts.ac.uk, 02075149335.