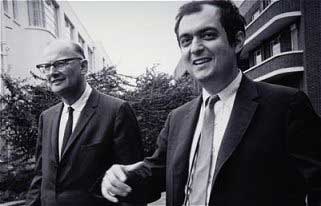 July 2008 marks the birth of iconic film director Stanley Kubrick 80 years ago. It is fitting that his legacy is now inspiring new generations of creative thinkers through the deposit of his Archive at University of the Arts London. The collection contains many thousands of items. Here we have highlighted ten that represent the types of information and items that we hold. The wealth of the collections means they span Kubrick's entire career and document the filmmaking process from pre- until post- production.

The Archive includes scripts and treatments, here is the completed treatment for Napoleon (a film that remained unmade that we also have the script for) and a portion of a script for 2001: A Space Odyssey featuring two HAL computers. Also from 2001: A Space Odyssey are hundreds of sasco cards, these were used by the special effects department to plan the shooting of special effects in the film. Other production materials here are a production schedule for A Clockwork Orange from 1970, production schedules show when and where each scene was filmed. Kubrick often made little notes on filming and his ideas, here we have a note relating to Spartacus in Kubrick's handwriting.

As well as items directly related to filming process are concept designs, costumes and props. Here we have a concept design for a costume for a voyeur in Eyes Wide Shut and a photograph of the Norfolk Broads with artwork attached to show how the Broads would be transformed into Vietnam for Full Metal Jacket. Kubrick was involved at each stage of the creative process and there are many items relating to designs for publicity materials, especially for A Clockwork Orange.

The Archive includes many thousands of photographs, including research shots, on set shots and publicity shots. Here is just one (detail top of page), showing Kubrick with Arthur C Clarke (co-writer of 2001: A Space Odyssey).

All images are provided by University of the Arts London with all rights reserved by their respective owners: the Stanley Kubrick Estate; Universal International; Metro-Goldwyn-Mayer, and Warner Bros. Entertainment. All images taken by Luke Potter, photographer, www.lukepotterphotography.co.uk. All text by Karyn Stuckey, Archivist with rights reserved by University of the Arts London, contact: archive-enquiries@arts.ac.uk, 02075149335.

these are links to larger images and their details

The Archives Hub also includes descriptions for two collections of the papers of Brian Aldiss (born 1925): author of the short story 'Supertoys Last All Summer Long', 1969, which Kubrick began planning as a film in 1973. The project was realised after Kubrick's death by Steven Spielberg as Artificial Intelligence: AI, 2001.

You can receive regular updates on our special features by joining our mailing list.
Archives Hub Blog: The Big Draw 2008: The Big Wheel.