Whistler originally painted this screen for his patron, Liverpool shipping magnate, F. R. Leyland, but instead kept it for his own studio. The scene is an impression of the River Thames at night; the clock tower of Chelsea Church can be seen on the left panel. The frame is decorated with painted flowers and a series of double lines, which suggest bamboo stems. 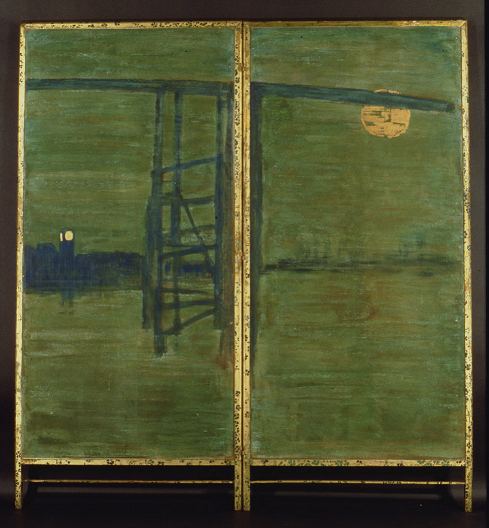