The Welsh in Patagonia

This month we discuss the founding of a Welsh-speaking settlement in Patagonia in the mid-19th century. There are also links to selected websites and some suggested reading. 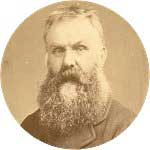 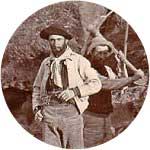 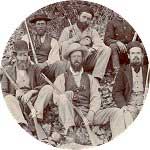 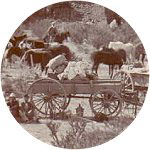 In the 19th century some individuals in Wales and the United States were inspired by the idea of establishing a Welsh settlement. Their hope was that the Welsh could live and worship whilst keeping their language and traditions alive, without any external influences.

The Rev. Michael D. Jones, a minister with the Welsh Congregationalists, was amongst the leaders of this movement. He lived in the United States for a brief time, and noticed how quickly the Welsh assimilated to their new environment and lost their language. He believed that it would be better for the Welsh to emigrate to a country where English was not the dominant language. Various areas were looked at before deciding on Patagonia in Argentina.

Initially, there were problems with raising funds and gathering public support. Negotiations with the Argentine government were also long and full of difficulties.

However, the first group of Welsh settlers finally began the long journey to Patagonia on the 28th May 1865. Some 150, in total, sailed from Liverpool on board the Mimosa. Two months later they arrived at New Bay (later renamed Porth Madryn/Puerto Madryn).

The reality of life in Patagonia, a barren and inhospitable place, was to prove extremely challenging for the early settlers. Many faced great poverty and hardship as they struggled to make a living from the land. In time, however, they established their own Welsh-speaking communities where they built chapels and schools.

During the 20th century, the erosion of the Welsh language and traditions was evident as Spanish became the official language. However, the 60s saw a revival in relations between Wales and Patagonia which led to an increase in interest in all things Welsh amongst the descendants of the first settlers.

The Reverend Michael D. Jones (1822-98), was born in the village of Llanuwchllyn, near Bala. Jones was a Welsh patriot and Congregationalist minister, but is best known as the pioneer of the movement to establish a Welsh settlement in Patagonia.

Following a period of study in Carmarthen and London, in 1848 he travelled to Ohio, United States of America, where his sister had settled in 1837. He was ordained minister at Cincinnati, where he witnessed the great hardships faced by many Welsh emigrants on arrival in their new communities. Jones remained in the United States for two years, and it was during this period that he formed his vision of establishing an 'independent' Welsh settlement, free from English and American influences.

Back in Wales, he was appointed Principal of Bala Congregationalist College. He married Anne Lloyd in 1859 and they settled in their new home at Bodiwan, Bala. They had four children: Llwyd, Mihangel, Myfanwy a Maironwen.

Although Michael D. Jones visited Patagonia in 1882, he did not settle there. His sons however did emigrate, one to Patagonia and the other to Buenos Aires.