Visions of the Future 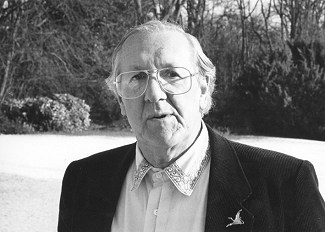 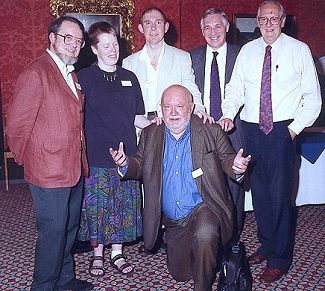 Brian Aldiss (born 1925) is one of the major figures of British science fiction, with a celebrated writing career that spans over 50 years. He is renowned for his inventive and fluid style, dealing with such themes as other worlds, time travel, entropy and overpopulation, and was one of the main writers of the 'New Wave' in the 1960s. Aldiss has won many prestigious accolades for his fiction, including a Hugo Award for Hothouse in 1962, a Nebula Award in 1965 for The Saliva Tree (a tribute to H.G. Wells) and the John W. Campbell Award for Helliconia Spring in 1983. His short story "Supertoys Last All Summer Long" was also made into the film Artificial Intelligence: A.I.

In the 1970s, Aldiss also became a leading figure in the study of science fiction, producing such seminal works as Billion Year Spree and, later, Trillion Year Spree, which won him another Hugo Award. He has also branched out at various points in his career into mainstream contemporary fiction, plays and poetry. Yet, it is with science fiction that Aldiss remains most associated. In addition to writing, Aldiss has been involved in many activities, from helping CS Lewis to set up the Oxford University Speculative Fiction Group to his roles within the literary establishment, that have done much to promote the genre over several decades.

Visions of the Future