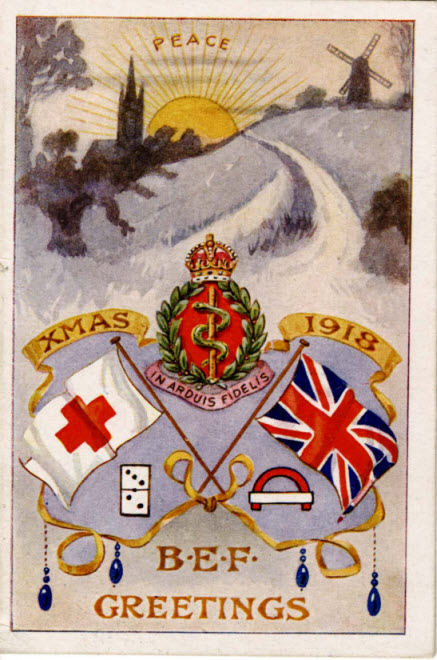 © Copyright of the Imperial War Museum.

The Imperial War Museum’s library collection sprung into existence in 1917 and has been growing ever since.  It has benefitted hugely from the kindness and generosity of strangers; ex-members of the services and a wide-ranging members of the general public who have passed to us their books, writings and memorabilia that may have otherwise been lost or assigned to dust. Both library and private paper collections attempt to record or illustrate the toil and sacrifice of every individual affected by conflict. The collections provide more than a record of conflict; they offer a commentary on change and transformation in society, environment and individual lives.

The history of the library’s collection begins with Charles ffoulkes, Curator of the Tower of London in 1916, and soon to be Secretary elect of the new war museum. He was convinced that the contemporary war should be better recorded than past wars, and at an early opportunity approached Sir Alfred Mond, the new First Commissioner of Public Works in Lloyd George’s Government with the idea of preserving war literature, stamps, posters and the like. Mond took up ffoulkes’s suggestion enthusiastically and by the end of March 1917 had managed to gain agreement from the Cabinet for the establishment of the War Museum with Sir Martin Conway as Director-General, Charles ffoulkes as Secretary and Professor C.W.C. Osman FSA, the eminent military historian, entrusted as Librarian.

The purpose of the new museum as outlined at an early stage included the collection of regimental magazines, maps, music, Government posters, autographed letters, and souvenirs. Immediate orders were also placed with the Government printers for all war books, Army and Navy Lists, proclamations, orders and regulations that had passed through their presses. The first gifts started arriving and, in that first month of collecting, 479 items were presented by interested individuals and publishers. The very first accessioned item in the collection illustrates the diversity of the printed collection – a programme for “Dick Whittington”, a pantomime put on by the 85th Field Ambulance. Everything was to be recorded, not just the dark and the gruesome but the light and the witty. The first annual report of the Imperial War Museum reveals that in 1917 the Library acquired well over 7,000 items, of which 5,000 were donations. These included, books, pamphlets, paper money, war tokens, postage stamps, tickets, ration cards, passes, regimental magazines and war maps.

King George V formally opened the Imperial War Museum in June 1920. In his speech at the event, Sir Alfred Mond declared that “it is hoped to make [the collection] so complete that every individual, man or woman, sailor, soldier, airman or civilian who contributed, however obscurely, to the final result, may be able to find in these galleries an example or illustration of the sacrifice he made or the work he did, and in the archives some record of it”. This is a tradition that we have kept close to our hearts in the wars and conflicts that have followed.

Today, the Imperial War Museum has an unparalleled and unique Collection covering all aspects of twentieth and twenty-first century conflict involving Britain, the Commonwealth and other former empire countries.  The separation of the archive collection of documents, encompassing diaries and private papers, from the printed library collection occurred in 1971, but the two departments continue to work closely together, offering a combined visitor experience. From Monday to Friday our research room is open to pre-booked visits for consultation of much of our library stock and archival collection of diaries and private papers, while our new Explore History Centre allows seven-day per week browsing access to a growing collection of digital content and research possibilities, with experienced library and archive staff on hand to guide the visitor. 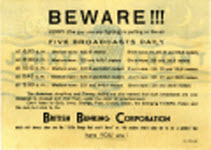 A selection of books and journals held at the Imperial War Museum.