This a selection of our features that fall under the subject heading 'Health and Life Sciences'. This is to give you a flavour of the rich and diverse collections that you can find on the Archives Hub. 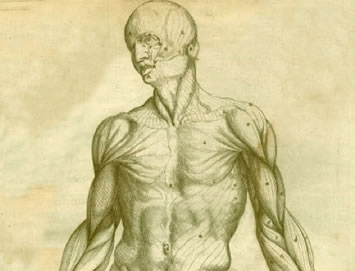 From: The Royal Society of Medicine (©). Tertia Musculorum tabula. Part of the Archives Hub feature on the Medical Profession.