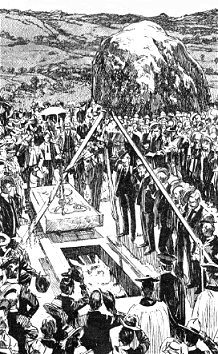 Although many of Rhodes's papers were destroyed in the Groote Schuur fire of 1897, the Bodleian Library of Commonwealth and African Studies at Rhodes House holds two large associated collections of his correspondence and related papers, 1875-1908 (refs. MSS. Afr. s. 227 and 228), amounting to 9 boxes and 28 volumes of material. They were originally known as the British South Africa Company Papers because they were housed at the company's archives before being handed to the Rhodes Trustees (they were transferred to the library in 1938); this also accounts for their survival. Collection MSS. Afr. s. 227 comprises out-letters and telegrams; MSS. Afr. s. 228 comprises in-letters, telegrams and related material.

Although MSS. Afr. s. 227 is not listed in detail, the papers in MSS. Afr. s. 228 are divided by subject. They include material on Rhodesian administration, Cape Colony, the British South Africa Company, De Beers Consolidated Mining Co., gold mining in southern Africa including Rhodesia, Rhodesian railways, the transcontinental telegraph, Afrikaners, the Transvaal, and the management of Rhodes's farms.

The library holds a large amount of additional material relating to Rhodes. Collection MSS. Afr. s. 229 consists largely of biographical and related material, 1864-1961, including papers of Princess Radziwill, a Polish adventuress who attempted to defraud Rhodes towards the end of his life. MSS. Afr. s. 1647 is the Hildersham Hall collection of Rhodes Family correspondence and papers, 1758-1975. Other collections are mostly ephemeral, comprising mainly correspondence, photographs, and associated papers.