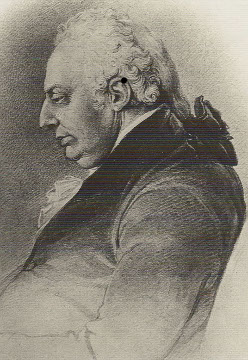 This year marks the 250th anniversary of the opening of the Bridgewater Canal. The canal helped fuel the Industrial Revolution, and in doing so played a significant role in shaping the world in which we live today. Francis Egerton, 3rd Duke of Bridgewater - the 'Canal Duke' - inherited his title at the age of 11. After a broken engagement to Elizabeth Gunning, he devoted himself to his vast estates, especially Worsley, which were rich in coal. The canal enabled large quantities of coal and other goods to be transported efficiently and cheaply to the rapidly expanding towns and cities.

The Duke and his agent, John Gilbert, determined to build a canal from Worsley to Manchester and Salford. James Brindley was engaged as engineer for the project. The first Bridgewater Canal Act was passed in 1759, and the initial section of the canal was opened on the 17th July 1761. The canal crossed the River Irwell by means of a unique stone aqueduct constructed over the river, later replaced by the Barton Swing aqueduct over the Manchester Ship Canal. The canal reached Manchester in 1764, and was extended to Runcorn in 1776, thereby linking Manchester with the Mersey estuary.

The canal was at the heart of industry in the area, and in its heyday carried more than three million tonnes of traffic. It was also used for leisure purposes, with passenger services starting in 1769, and by 1781 there was a daily service between Manchester and Worsley. The canal was also the location for the first trials of boats powered by steam, the forerunners of the mighty paddle steamers navigating the Mississippi. Today it forms part of the popular boat cruising route known as the Cheshire Ring, connecting with the Trent and Mersey Canal at Preston Brook, Leeds and Liverpool Canal at Leigh, The Rochdale Canal and The Manchester Ship Canal.

The Duke died in 1803 and is buried at Little Gaddesden, near Ashridge in Hertfordshire.

With thanks to Ian Johnston, Archives & Special Collections Coordinator, University of Salford for his help in writing this month's feature.