We have brought together various archival descriptions which showcase black theatre and culture to celebrate 'Black History Month' in the UK. 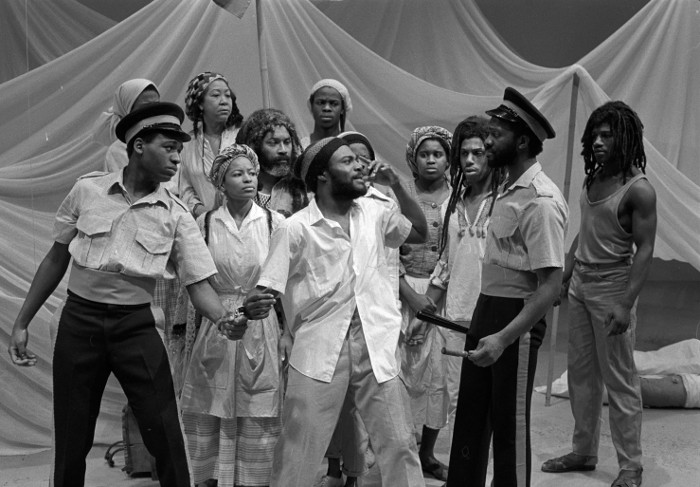 V&A Department of Theatre and Performance

The V&A Theatre and Performance Collections include records from important black theatre companies such as the Tiata Fahodzi Theatre Company, the Black Mime Theatre Company, the Temba Theatre Company and the Talawa Theatre Company. These archives include many papers relating to productions, tours and projects and many press cuttings and photographs. The Temba theatre company and the Black Theatre Collection has press cuttings about theatre by other black and Asian companies and theatre practitioners in the UK and internationally. Also small amounts of cuttings about dance, music, comedy, film, radio and television involving black and Asian people.

The Alfred Fagon papers consist of a selection of his poems and plays and correspondence about his work. Alfred Fagon's friends and family decided to set up an award in his name, to celebrate and recognise writers of Caribbean and African descent. The Alfred Fagon Award was set up in 1997 and is supported by The Peggy Ramsay Foundation, The Royal Court Theatre and Talawa Theatre Company. 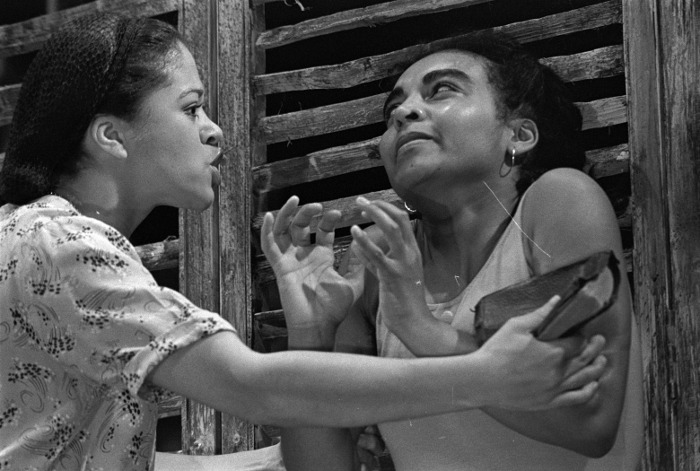 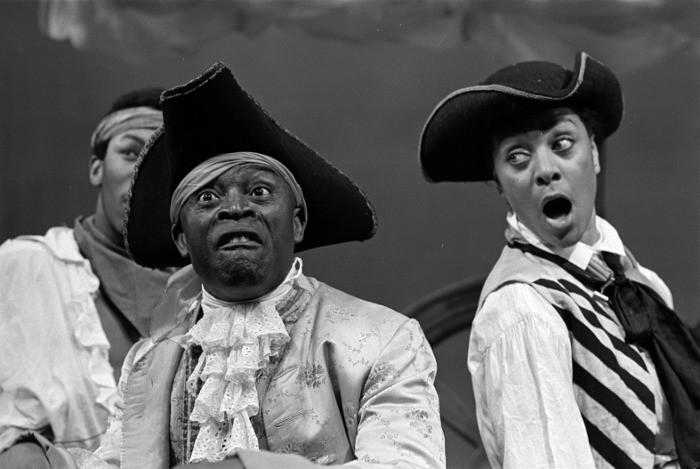 Of special interest, might be the Records of the Black Cultural Archive which includes archive material on the Negro Repertory Theatre, Ballet Negres and the Unity Workers theatre.

For the benefit of Mr. Kite
There will be a show tonight on trampoline
The Hendersons will all be there
Late of Pablo Fanques' fair, what a scene

Being For The Benefit Of Mr Kite, Lennon McCartney 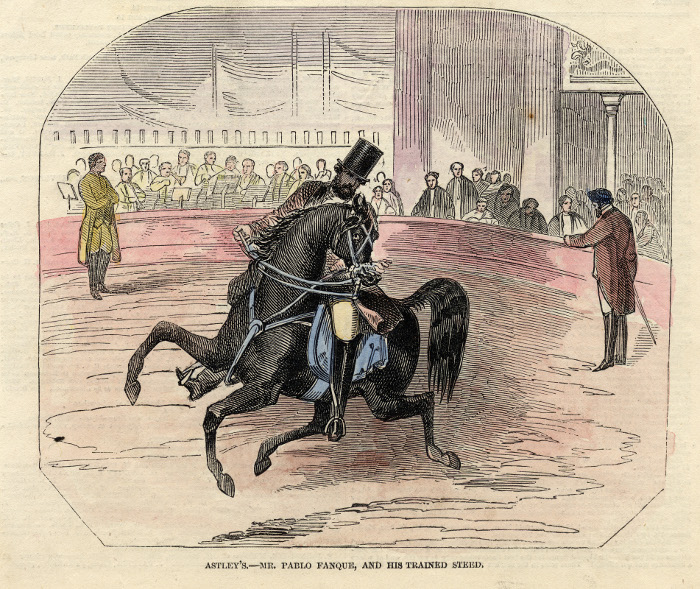 The Beatles’ song on the album ‘Sgt Pepper’s Lonely Hearts Club Band’ is famous for being inspired by a poster, found by John Lennon, advertising a Victorian circus.  The circus owner was one Mr Pablo Fanque, who during the mid-1800s was one of the most successful circus owners in the UK.  The circus was held for the benefit of Mr Kite, one of the performers, where the proceeds of the performance would be used to help him out in a time of financial hardship.  Pablo Fanque was known as a generous man who would often put on benefits for various charities and struggling artistes.

Pablo Fanque was born William Darby in Norwich, 1796.   Not much is known about his early life, but after being orphaned at an early age, he was apprenticed to William Batty, owner of a travelling circus, under whose tutelage he developed his acrobatic skills. After a period of working with Andrew Ducrow, he returned to Batty.  It was during this time he would hone his business and managerial acumen and develop the equestrian skills for which he became famous.

Billed as ‘Young Darby’ on early posters, he took up the name Pablo Fanque in the 1830s and began his business in 1841 with two horses. Over the next six years the business grew to become one of the best-known circuses in the country, sometimes in direct competition with other circuses forcing their closure or obtaining their assets; Cooke’s circus in Manchester was one of his conquests.  Fanque travelled across the UK, but was best known in the North, especially Lancashire.  He appeared for the 1847 season at Astley’s in London where he performed before Royalty.

During a show at Wakefield in March 1848 part of the wooden building in which they were performing collapsed, killing Fanque’s first wife who was working in the cash office at the time.  It was thought that the structure, which had previously been owned by Hengler’s Circus, was left without support causing the collapse.   This had been unknown to Fanque upon acquisition of the premises.  During the confusion the cash box from the office went missing with that day’s takings.

In June of 1848, Fanque married Sheffield-born equestrienne Elizabeth Corker. The circus continued to tour mainly the North of England, performing in both tented and open-air arenas.  There were times of hardship, where horses and acts had to be let go, as well as triumphs.  From 1865 onwards however, after a steep decline in the popularity of his circus, the magnificent Pablo Fanque died destitute aged 75 on 4 May, 1871 at the Britannia Hotel, Churchgate in Stockport. He is buried in Leeds alongside his first wife.

Circus historian John Turner has written that ‘in an age when slavery had not yet been abolished, William Darby appears to have been treated as an equal, not only by the circus fraternity but by the general public.’

Pablo Fanque was recognised for his equestrian skills and his development and management of one of the most successful travelling circus of the day. He was held in high regard by everyone from the general public to royalty, and from mayors to clergymen.

World’s Fair: weekly newspaper for fairground and circus news from 1904

Black Britons in the Oxford Dictionary of National Biography: http://www.oup.com/oxforddnb/info/freeodnb/shelves/blackbritons1/