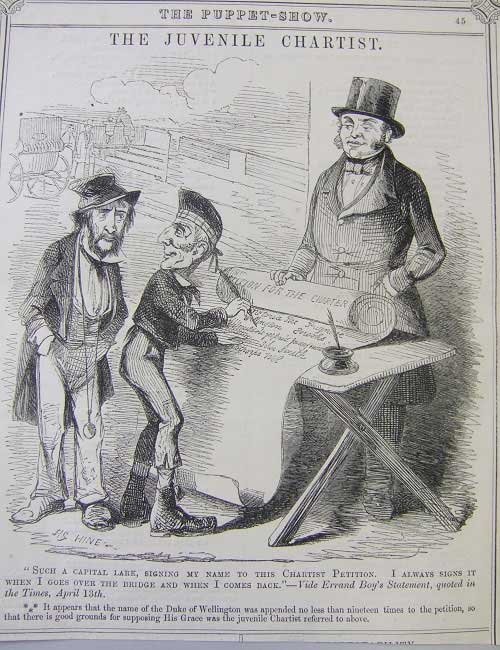 THE PUPPET-SHOW
THE JUVENILE CHARTIST

"SUCH A CAPITAL LARK, SIGNING MY NAME TO THE CHARTIST PETITION. I ALWAYS SIGNS IT WHEN I GOES OVER THE BRIDGE AND WHEN I COMES BACK."--Vide Errand Boy's Statement, quoted in the Times, April 13th.

*** It appears that the name of the Duke of Wellington was appended no less than nineteen times to the petition, so that there is good grounds for supposing His Grace was the juvenile Chartist referred to above.