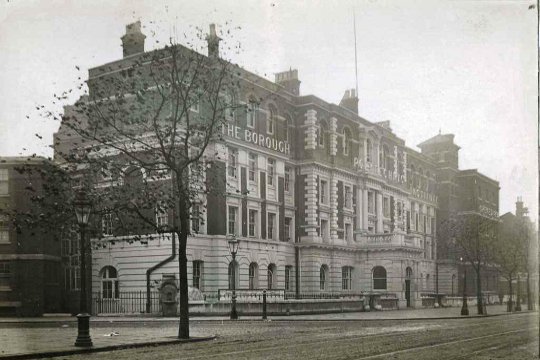 London South Bank University began life as the Borough Polytechnic Institute on 30th September 1892. It was set up by a local solicitor, Edric Bayley, who wanted to establish a technical college in Elephant & Castle to help tackle the extreme poverty that there was in the area at the time. The curriculum was based around the industries local to Southwark, with the intention that people could enhance their employment prospects through training in relevant skills and technologies.

Since it opened the Polytechnic has gone through four name changes, merged with several other educational institutions and changed its departmental and faculty structure countless times. Despite all this some things have remained the same, namely the University’s involvement with the local Southwark community and its underlying mission to provide vocational and professional education to everyone regardless of their background.


The London South Bank University Archive charts over 120 years of life and study at the Borough Polytechnic Institute (1892-1970), Polytechnic of the South Bank (1970-1987), South Bank Polytechnic (1987-1992), South Bank University (1992-2003) and London South Bank University (2003-present). Researchers can explore the governance and administrative records to understand how the institution has been run at both a strategic and day-to-day level. The academic records chart the development of the curriculum and the changing shape of higher education qualifications over time, as well demonstrating the different styles of teaching and learning that have been implemented. The Archive also contains series of student magazines, staff newsletters, social committee minutes, student handbooks and photographs which give a strong impression of the social life of staff and students since the Polytechnic’s inception through to the present day. 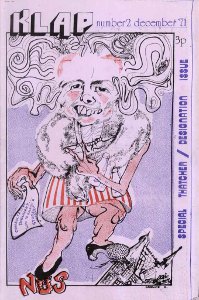 
The Archive also includes records related to the world renowned National Bakery School, which was established at the Borough Polytechnic Institute in 1894 and is still going strong today within the Faculty of Business. Records such as the Board of Governors minutes and Annual Reports chart the School’s numerous achievements and overall development, which is also visually evident in a series of photographs showing students at work in the School across the decades. 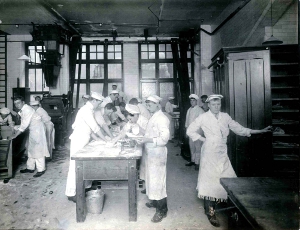 The London County Council School of Building opened in February 1904 as a specialist training college for building workers in Camberwell and Lambeth and gained a reputation as a centre of excellence in town planning, building technology, estate management and building architecture. It was renamed the Brixton School of Building in 1943 and formed part of the Polytechnic of the South Bank in 1970, with five of its six departments forming the Faculty of Construction, Technology and Design. The sixth department formed part of the Vauxhall College of Further Education. The Brixton School of Building archive primarily covers the period 1948-1970 and includes photographs, prospectuses, programmes from prize giving ceremonies and syllabus information.

In 1946 it was decided to form a National School for the heating and ventilating industries within the grounds of the Borough Polytechnic Institute. The first meeting of the Board of Governors of the National College for Heating, Ventilating, Refrigeration and Fan Engineering was thus held on 20 January 1948 at the Borough Polytechnic. The College had two principal aims: to provide a high standard of technological training and to undertake research. In 1970 it formed part of the new Polytechnic of the South Bank, effectively becoming the Faculty of Environmental Science and Technology. The National College archive comprises governance records, photographs of students, staff and buildings, prospectuses, student publications and records regarding the development of the College.